I Breastfeed for My Baby, as well as My Heart and Liver 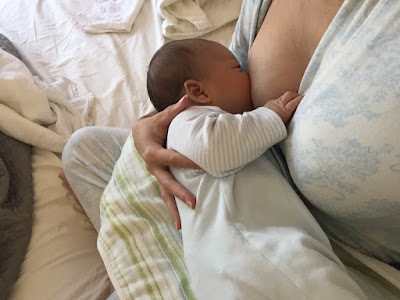 Talking about the benefits of breastfeeding, we often think of how it keeps our babies healthy, including offering excellent nutrition and stronger immune systems. But two new studies proved that babies aren’t the only ones benefiting: Nursing also appears to provide health benefits for moms.

One research found that breastfeeding helps the mother’s heart—that is, beyond nurturing ties bond with baby.

Breastfeeding has been associated with a lower risk of high cholesterol, high blood pressure and heart disease. It’s possibly linked to the release of the hormone oxytoxin, which relaxes blood vessels, said Dr. Neica Goldberg, medical director of the Joan H. Tisch Center for Women’s Health at New York University.

“It may also very well be that many breastfeeding mothers have a healthier lifestyle overall,” she told Medical Press. “These women may eat healthier, exercise regularly and they may make healthier choices in general, not only for their babies but themselves.”

Another theory stems from the large number of calories burned from breastfeeding.

A 2017 study published in the Journal of the American Heart Association found nursing may help mothers lower their risk of heart attack and stroke long after giving birth. The study didn’t explain the reason behind the link, but researchers noted that breastfeeding helps women lose pregnancy-related weight, including far reserves that help fuel fetal growth This process may help “reset” the body’s metabolism after giving birth.

But for the most part, Dr. Goldberg said, “the jury is still out on the specific reasons why breastfeeding lowers risk for heart disease.”

Another research found that breastfeeding might help protect moms from liver disease.

This research is conducted by our friends at University of California San Diego School of Medicine and Kaiser Permanente. Researchers concluded that mothers who breastfeed for at least six months might be at a lower risk for non-alcoholic fatty liver disease (NAFLD) later in life, according to a press release from UCSD.

“Breastfeeding and its benefits to the child have been widely studied for years,” said Dr. Veeral Ajmera, MD, hematologist at UC San Diego Health, in a university statement.

The study, recently published in the Journal of Hepatology, was a large scale study, there researchers followed moms for a whopping 25 years after they had their babies. Of the 844 women who were monitored, 32% breastfed for up to a month, 25% breastfed for one to six months, and 43% breastfed for more than six months.

The moms were 49 years old when they were assessed for the last time. At the point, researchers report that about 6% of them had developed NAFDL. But what stood out was that moms who had breastfed for six months of more were 52% less likely to get NAFDL.

At the end of today’s blog, let me teach you a Chinese word. In Chinese, “xīn” means “heart;” “gān” means “liver.” But when using together, “xīngān” actually means “darling” or “baby.” How interesting! Mamas, let’s breastfeed for our “xīngān!”