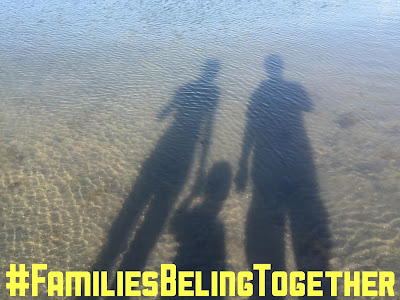 My 8-month-old was sick with a cold. We would have been to a local Families Belong Together Nurse-In event if he had been healthy. He demanded to be nursed even more frequently in the days when he had the cold. Maybe he needed something that’s easier to digest; maybe he needed to be comfort. I don’t know.

When nursing him, I thought of those children in the “tender-age” facilities. Who’s going to offer them something easy to digest, or to comfort them? The thoughts hunted me.

The Trump administration has established at least three “tender-age” facilities where the youngest detainees are being kept. Some are babies, many are younger than 5, reported AP. Considering that poorer countries have higher breastfeeding rates than countries with high incomes, and mothers tend to breastfeed for longer periods, it’s very possible that many toddlers still rely on breastmilk. In Honduras, for example, 43 percent of 2 year olds are still being breastfed.

Earlier this month, an undocumented immigrant from Honduras told CNN that her 4-month-old daughter was taken from her while she was breastfeeding and awaiting prosecution for entering the country illegally. A U.S. Customs and Border Protection spokesman disputed the claim.

While all children who are abruptly separated from their parents face serious long-lasting consequences, breastfed babies, and their mothers, face imminent risks that can only be ameliorated once they are reunited.

Here at San Diego County Breastfeeding Coalition (SDCBC), we consider breastfeeding a public health priority. The abrupt removal of breastfeeding infants, toddlers, and children from their mothers has serious health and emotional consequences for all—for the children, the families, and for us as a whole-of-society.

The Academy of Breastfeeding Medicine, an international group of physicians, condemned the Trump administration last week for separating breastfeeding mothers from their babies and urged the government to immediately reunite infants with their mothers to end what could cause particular emotional and physical trauma to this demographic.

“Separating children from their parents results in toxic stress that impacts breastfeeding and health for a lifetime,” Dr. Timothy Tobolic, president of the academy, said in a statement. “Furthermore, separating a mother from her breastfeeding child violates the human rights of both mother and child.”
Trump signed Executive Order to end Family Immigration Separation on June 20, but haven’t figure out how it’s going to reunite the more than 2,300 children who were separated from their parents at the U.S-Mexico border under the president’s zero tolerance policy on immigration. It’s a situation that’s developed into “total chaos,” said Carlos Garcia, an immigration attorney working on the issue, to Huffington Post.

The U.N. Human Rights Council says that infants in emergency settings, such as refugee camps, have the protected right to be breastfed. SDCBC passionately calls on lawmakers to immediately pass legislation to begin rapid reunification of families.

*This is an original post for San Diego County Breastfeeding Coalition by To-wen Tseng. Photo credit to Mu-huan Chiang.
Posted by To-wen Tseng at 2:03 PM