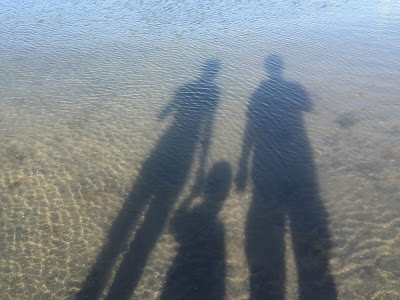 As part of the practice, more than 20,000 indigenous children were taken from their families between 1955 and 1985, to be either forcibly adopted into white families or to live in foster care. These children lost their names, their languages, and a connection to their heritage. Sadly, many were also abused and made to feel ashamed of who they are.

Thirty years later, Canadians were finally beginning to acknowledge the harm caused by the Scoop. In 2015, Manitoba issued a formal apology to Scoop victims in that province. Last February, an Ontario judge presiding over a class action suit ruled that the federal government failed in its “duty of care” for the 16,00 Indigenous Ontarians who were separated from their families.

The Sixties Scoop was a tragic mistake. It stretched well beyond the ‘60s. During that period of time, children were often removed from stable, loving extended families. Canada paid for the mistake—last October, an $800 million Canadian settlement was announced.

Unfortunately, America is now repeating the same tragic mistake on our Southern border. Since Trump administration’s zero-tolerance policy was announced in May, more than 500 children have been separated from their parents within the last month, according to CNN.

Some parents who are under arrest tell public defenders they don’t know what happened to their children. Some parents said they have been told their children are being taken to be bathed or cleaned up, then the adults don’t see them again.

It is even reported that breastfeeding infants being taken from mom’s arms while nursing. The undocumented immigrant from Honduras sobbed as she told an attorney how federal authorities took her daughter while she breastfed the child in a detention center, where she was awaiting prosecution for entering the country illegally.

On June 15, the U.S. House of Representatives further released the Border Security and Immigration Reform Act. Instead of putting children first by ending the harmful policy of family separation at the border once and for all, the legislation strips children of protections designed for their safety and well-being and exposes more children, net fewer, to detention, including long-term detention.

Since then, experts have repeatedly spoken out against the detention of immigrant children. American Academy of Pediatrics (AAP) released a state and strongly opposed the Act. United States Lactation Consultant Association (USLCA) called for immediate and rapid reunification of families separated at the US Border.

I imagine that one day America will have to pay for the act, just Canada had to pay for the Sixties Scoop. But we can’t wait for that long. American taxpayers, including you and me, are funding this operation, so each one of us has a stake in how these children are being treated and how his policy is enacted.

Please join me and tell the government to stop separating families. Sign the petition here or, if you live in San Diego, go to one of the local events:

3:00 – 4:30 PM
“Keep Families Together” Nurse-In
Schwartz Federal Building 880 Front Street San Diego 92101
Hosted by Independent Indivisible and Together We Will, nursing mothers and their infants will gather with families and other supporters in opposition to the Trump policy of removing migrant children from parents seeking asylum in the United States. Speakers include a nursing mother, a pediatrician and a faith leader. Family friendly event will engage children in song. Event inspired by the reported removal by US border agents of a Honduran infant from her mother while nursing in a detention room in Texas. See news story: https://tinyurl.com/yc4avb2d

6:30 PM
Interfaith Service and Call to Action
Our Lady of Mount Carmel Church 2020 Alaquinas Drive, San Ysidro 92173
San Diego Organizing Group, an affiliate of Faith In Action, kicks off a weekend of action with prayers for migrant families and for the soul of our nation.

10 – 11 AM
Families Belong Together Rally
Westfield North County Mall, Overpass at Via Rancho Parkway
272 E Via Rancho Parkway Escondido 92025
Indivisible groups in North County host a rally in support of migrant families and in opposition to the Trump policy of family separation and warehousing of immigrant children.

7 PM
Let Our Children Go!
Interfaith Vigil at Family Separation Zone
San Diego Organizing Group, an affiliate of Faith In Action, will hold a vigil at the border.