Support for Breastfeeding in Early Education 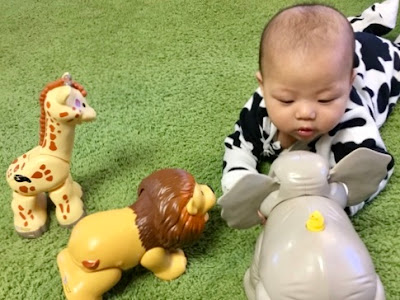 Have you ever heard about “breastfeeding-friendly childcare?”

According to Center of Disease Control (CDC), support for breastfeeding in early care and education is an important strategy.

According to Bureau of Labor Statistics, in 2016, 58.6% mothers with infants were employed. As a result, many children under 1 year old are regularly cared for by someone other than their mother. Daycare providers and teachers influence the lives and health of the families they serve and can be an important source of support for working moms who want to breastfeed.

Data from the Infant Feeding Practices Study II, a longitudinal study that followed mothers from the third trimester until children were age 1 year, found that breastfeeding at 6 months was significantly associated with support from childcare providers to feed expressed breastmilk to infants and allow mothers to breastfeed on-site before or after work. The study used a questionnaire to ask mothers five questions about breastfeeding support. Results showed that mothers who said they received five of the supports were three times as likely to be breastfeeding at 6 months as mothers who said they received fewer than three supports.

In 2011, the American Academy of Pediatrics(AAP) and the American Public Health Association (APHA) published the third edition of Caring for our Children: National Health and Safety Performance Standards; Guidelines for Early Care and Education Program. This publication provides national guidelines on how daycare programs should accommodate breastfeeding mothers.

Specifically, the AAP and APHA recommend the following, “the facility should encourage, provide arrangements for, and support breastfeeding.”

All childcare programs, including center-based and home-based, can lower a breastfeeding mom’s anxiety by:

My two children attend different daycare, both center-based. I breastfed my older child several times in the center’s nursery room when he was little. I once nursed him at the center's Christmas event.


My younger one is now 5 months old, I’ve never breastfed him at the center, but I know mothers are welcome to pump or nurse at the director’s office. One time another mother accidentally took my breastmilk home, the manager ran to her house and pick up the milk for me. When I told the daycare teacher that my milk supply seem to be dropping, she kindly brought me fenugreek. I was so touched. If it takes a village to raise a child, daycare center can be a modern day’s village. Welcoming environment encourages moms to breastfeed longer. That’s what it counts.