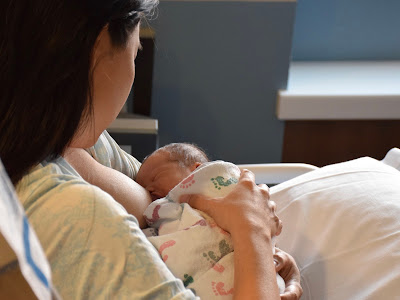 Last year I joined a group of healthcare providers and concerned individuals in Southern California to form the Asian Breastfeeding Task Force. We feel it’s clear that there are special and unique cultural and education issues when working with this population and breastfeeding practices.

I used to be a staff writer at a self-describe largest Chinese language newspaper in North America. Four years ago when I returned to work after giving birth to my first child, my employer refused to provide a reasonable area for nursing moms to pump. When I talked to my supervisor and our HR about the lactation accommodation rights, they responded me with that they were not aware of the law. One of my colleagues told me to formula feed, adding that “my son was formula fed and he goes to Harvard. Formula-feeding babies are smarter.” I tried to invite some medical or lactation professionals to the company and talked about the benefits of breastfeeding, but I couldn’t find even one Chinese-speaking professional who would talk about breastfeeding. And that was in Los Angeles, home to the largest Asian American population in the US.

A study by the Centers for Disease Control (CDC) found that certain hospitals that serve black communities are failing to support breastfeeding. In a recent Morbidity and Mortality Weekly Report, the CDC reported that hospitals may play a role in the racial discrepancies. The CDC found that facilities in zip codes with more than 12.2 percent black residents were less likely than hospitals in zip codes with fewer black residents to meet five of 10 indicators that show hospitals are supporting breastfeeding.

The CDC looked at the 10 indicators it identified in its 2011 Maternity Practices in Infant Nutrition and Care (mPINC) survey. They included: educating mothers and health care staff properly, helping mothers initiate breastfeeding within one hour of birth and making sure not to give pacifiers or artificial nipples to infants. The researchers coupled these mPINC indicators with U.S. Census data to analyze 2,643 hospitals across the country.

Culture, education and family support are also huge equalizers. Of infants born in 2013 in China, 20.8% were breastfed at 6 months, comparing with 49% were breastfed in the US. High percentage of foreign born Asian mothers brought their formula culture to the US. It is also reported that black mothers often believe that “breastfeeding is for poor people.”

Given that most babies in the United States are born in a hospital, the short time that a mother and a newborn spend there can have a long-lasting effect on breastfeeding. After that, professional support is much needed. And this is when breastfeeding organizations kick in!