Where California ranks in Breastfeeding rates 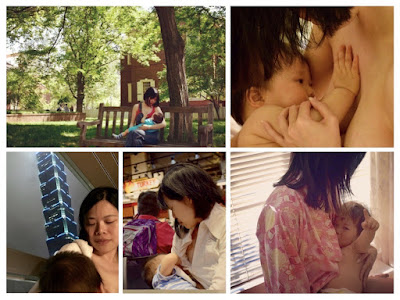 When my son was born, I knew I wanted to at least try to nurse him. Although my mom had never breastfeed me—I was born in the era of “formula is best”—, it had been drilled into my head repeatedly throughout my pregnancy that “breast is best.”

That is the message apparently being resonating with many new mothers across the nation, as indicated in the latest edition of the U.S. Centers for Disease Control(CDC)’s annual Breastfeeding Report Card.

More than four out of five American mothers tried to nurse their babies at least once in 2013, the latest year of which data is available. But too many gave up breastfeeding too soon, according to the study recently released by the CDC. A number of factors drive the decision including a lack of resources and support, according to the study.

“High breastfeeding initiation rates show that most mothers in the U.S. want to breastfeed and are trying to do so. These rates suggest that mothers, in part, may not be getting the support they need, such as from healthcare providers, family members, and employers,” stated the CDC study. “The early postpartum period is a critical time for establishing and supporting breastfeeding.”

Breastfeeding supports a child’s growth and development, according to the guidelines by the American Academy of Pediatrics (AAP). And the U.S. Surgeon General’s Office notes the practice can prevent illness and reduce future health issues, including asthma and the risk of sudden infant death syndrome.

The CDC’s 2016 survey of breastfeeding rates in each state was released during National Breastfeeding Month in August.

The U.S. average is 81.1 percent of mothers breastfeeding at least once. The states with the highest breastfeeding initiation rates are Utah at 94.4 percent, Idaho at 92.9 percent and Oregan at 92.5 percent. California average is 90.2 percent.

In California, though, women tend to breastfeed longer than the average American mom.

Of mothers surveyed in California:


Those numbers are up compared to California’s results in the 2007 survey. At that time, 52.9 percent of mothers in the state were breastfeeding at six months and only 17.4 percent were breastfeeding exclusively. A total number of 83.8 percent of mothers had tried to nurse at least once, as compared to 2013’s 90.2 percent. Still, it didn’t meet the U.S. Department of Health and Human Service’s Healthy People 2020 goal of having 60.96 percent mothers continue breastfeeding at six months. Only 12 states in 2013 met the goal. The Healthy People 2020 plan is a 10-year national objective plan initiated in 2010 for improving the nation’s health.

The CDC hopes the state-by-state Breastfeeding Report Card will urge all involved in the child’s first year to encourage mothers to breastfeed. The report goes beyond breastfeeding rates and looked at barriers to continued nursing. Sometimes it’s a lack of information and support provided to the moms at the hospital, sometimes it’s a lack of accommodations for moms to properly pump at work.

I overcame the odds and nursed past the 12-month benchmark. Breastfeeding was the right choice of nourishment for us, my child has only been sick for one time before turning two years old. Breastfeeding also brought us incredible bond of love, it always comforted my baby whenever he got hurt or scared. It’s the hope that moms can better achieve their breastfeeding goals with a more active support.