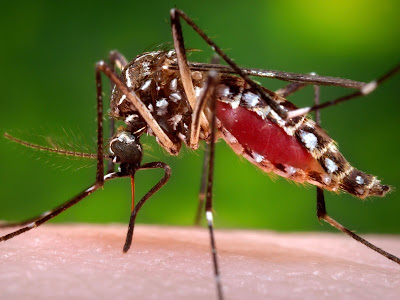 Last Thursday the Senate approved $1.1 billion in emergency funding to fight Zika virus, a mosquito-borne illness. The virus is transmitted to people primarily through the bite of a mosquito. Infection with Zika virus usually results in mild illness and symptoms may include fever, skin rashes, conjunctivitis, muscle and joint pain, malaise, and headache. Although Zika virus disease is generally mild, it can cause birth defects.

Five hundred people in the continental United States already have been infected by the virus. Those cases involved travel to Latin America or the Caribbean—the areas hardest hit by the disease so far. But federal health officials are worried about a locally spreading outbreak in the United States unless mosquito-extermination efforts, testing and vaccine research are expanded. Centers for Disease Control and Prevention (CDC) has issued an alert for travel to areas where Zika virus is spreading. Travelers who are pregnant or considering pregnancy should consult a doctor.

A pregnant woman can pass Zika virus to her fetus during pregnancy or the time of giving birth. Zika is a cause of microcephaly and other severe fetal brain defects and/or adverse neurological outcomes. CDC is studying the full range of other potential health problems that Zika virus infection pregnancy.

Current widespread transmission of the virus and detection of the virus in breast milk from two mothers with Zika virus infection has also raised questions as to whether transmission can occur during breastfeeding, a practice essential to infant and young child survival and development.

WHO recommends mothers with suspected rubble of confirmed Zika virus infection during pregnancy of postnatally receive skilled support from health care workers to initiative and sustain breastfeeding, like all other mothers. Likewise, mothers and families of infants with suspected, probable or confirmed Zika virus infection should receive skilled support to adequately breastfeed their infants.

The best way to protect from Zika virus, according to WHO, is preventing mosquito bites. This can be done by using insect repellent; wearing light-colored clothes that cover as much of the body as possible; using physical barriers such as screens, closed doors and windows; sleeping under mosquito nets. CDC has confirmed that it is safe to use an insect repellent if a woman is pregnant or nursing. It is also important to empty, clean or cover containers that can hold even small amounts of water such as buckets, flower pots or tires, so that places where mosquitoes can breed are removed.

This is an original post for San Diego County Breastfeeding Coalition by To-wen Tseng. Photo credit to JAMES GATHANY/CDC VIA AP.