Moms in Chinese hospitals told not to breastfeed their babies?

Seven years ago when Jane Wang was preparing for the birth of her first child in Beijing, she came across a very unexpected obstacle.

During a hospital prenatal interview, she asked about the breastfeeding arrangements for after the baby was born. The staff simply told her, “You don’t have to breastfeed. The hospital will arrange high-quality infant formula for your baby.”

“But I want to breastfeed.”

“You can’t. Your baby will be in a separate ward which is safe and clean. You can only see the baby according to a fixed schedule.”

“We’re doing this for security and hygiene reasons.” The staff member added, “Don’t worry; we know what’s best for your baby.”

Jane was not persuaded. She interviewed a dozen hospitals until she finally found one where she was allowed to freely ask for her baby and breastfeed whenever she wanted after giving birth. 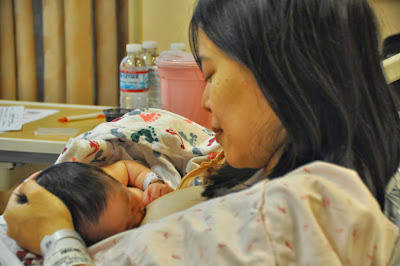 Jane Wang is actually my cousin, and I know her as a tough and knowledgeable woman. But the majority of Chinese mothers, unlike Jane, find themselves accepting their local hospital’s arrangement out of convenience and are prevented from ever starting to breastfeed.

One mother’s issue is actually a broader issue in China. Often, mothers are not allowed to breastfeed their newborns in hospitals. Three years ago, a CCTV reporter who went undercover posing as a mom at a hospital in Tianjin was told on camera, “You are not allowed to feed your own baby.”

Each year, there are more than 20 million babies born in China. For the infant formula industry, the hospitals are a large market. UNICEF’s Baby Friendly Hospital Initiative was not adopted in China. WHO’s International Code of Marketing of Breastmilk Substitutes was adopted by the Chinese government in 2011 but not enforced. As a result, the aggressive infant formula industry spoiled China’s breastmilk. CCTV exposed how infant formula companies bribe doctors and nurses to force formula on parents in order to hook the babies to specified branded formula. 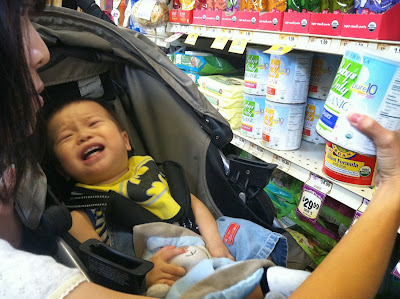 In fact, China is one of the developing countries with the lowest breastfeeding rates in the world. WHO 2013 statistics show that in China, less than 30% of newborns are exclusively breastfed from the start. And a massive demand of infant formula from large numbers of Chinese parents led to a baby formula shortage not only in the country, but also in neighboring areas/countries, such as Hong Kong and Australia.

This is unfortunate. The benefits of breastfeeding are well documented. A research paper published in Lancet shows that an increase in breastfeeding could prevent more than 800,000 deaths worldwide, or 13% of all deaths, in children under five annually in developing countries. Further research shows that breastfeeding drastically reduces deaths from acute respiratory infection and diarrhea, two major child killers. 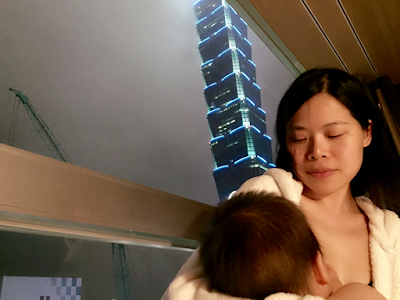 BabyCenter, the #1 pregnancy and parenting digital resource, is dedicated to helping parents around the world which, of course, includes China. BabyCenter’s text and audio messaging programs provide breastfeeding support, including the Mom-Baby Messenger program it launched in China last year. The mobile messaging programs are proving to help women achieve their breastfeeding goals.

My cousin Jane eventually gave birth in the Beijing OB/Gyn Hospital, which later started the country’s first breastfeeding counseling clinic in 2010. The clinic has been so popular that two other Beijing hospitals followed their example over the next six years. It’s a good step toward change.

This post is provided through a special collaboration with BabyCenter’s Mission Motherhood™ and World Moms Blog to empower women everywhere to have safe and healthy pregnancies and babies. Photo credit to Mu-huan Chiang.
Posted by To-wen Tseng at 2:00 PM