Breast milk is liquid gold. When having trouble breastfeeding, our great-great-grandmother might have called for a wet nurse. Now the 21st century technology has opened the door for this ancient practice. In today’s e-commerce world, a young mother can easily buy breast milk online and feed her baby.

Over the past couple of years, ordering breast milk online has become more popular. While online sales of human milk is rising in popularity, it’s buyer beware.

Though breast milk is not regulated by the FDA, a 2010 warning clearly states that government’s stance, “FDA recommends against feeding your baby breast milk acquired directly from individuals or through the Internet.”

A recent study published in Pediatrics revealed that some breast milk ordered online contains cow’s milk. The study, led by Dr. Sarah A. Keim of Nationwide Children’s Hospital in Columbus, OH, tested 102 samples of breast milk ordered from popular milk-sharing websites to see what it contained.

Researchers isolated mitochondrial DNA from the samples by polymerase chain reaction, the same technique used for forensic and medical purposes. After two rounds of testing, 11 samples came back containing cow DNA. Ten of the samples actually had been mixed with at least 10% of cow’s milk, a significant quantity.

Further tests ruled out the possibility the cow’ milk was the result of minor or incidental contamination and suggested the tainted breast milk had probably been intentionally mixed with cow’s milk or cow-based baby formula.

“We confirmed that all the samples did have human DNA in them, but they were not 100% human breast milk,” said Dr. Sarah Keim. “This is deliberate adulteration no matter how you look at it.”

She added, “I was surprised that it was that many samples. Even a small amount of cow’s milk could be harmful to a baby with cow’s milk allergies.”

This is not only problematic for infants who are allergic to or have trouble digesting cow’s milk. Children under one-year-old should not be fed cow’s milk according to the American Academy of Pediatrics (AAP.) In addition, previous studies found that some of the human milk sold on the Internet had high amounts of bacteria.

A 2009 study done by Stanford University found that among 1091 women who want to donate breast milk, 39 of them have HIV, hepatitis, or syphilis. In a 2013 study, Dr. Keim and her colleagues also found that 75% of the breast milk purchased through the site OnlyTheBreast.com contained staph, strep, or other bacterial species. If the breast milk donor takes medication, harmful drug can also be transmitted to the baby.

“It’s quite clear that the risks to your infant’s health and safety are significant and appear to outweigh any benefits they might get from breast milk,” said Dr. Keim. “There are multiple dangers, one is the risk of infectious disease.” She said HIV, hepatitis, syphilis, and other infectious diseases can be transmitted through breast milk.

When a mother cannot nurse her own baby, the next best thing is breast milk from another healthy mother. However ordering breast milk online did raise safety concerns. Online sources for breast milk are far different from the network or organized milk banks. A licensed human milk bank has to go through a rigorous process to make sure the breast milk is safe for consumption according to the Human Milk Bank of North America.

To guarantee the baby glean the benefits found in human milk, including all the nutrition, antibodies, and other disease-fighting properties, it is encouraged that mothers turn to a licensed human milk bank. 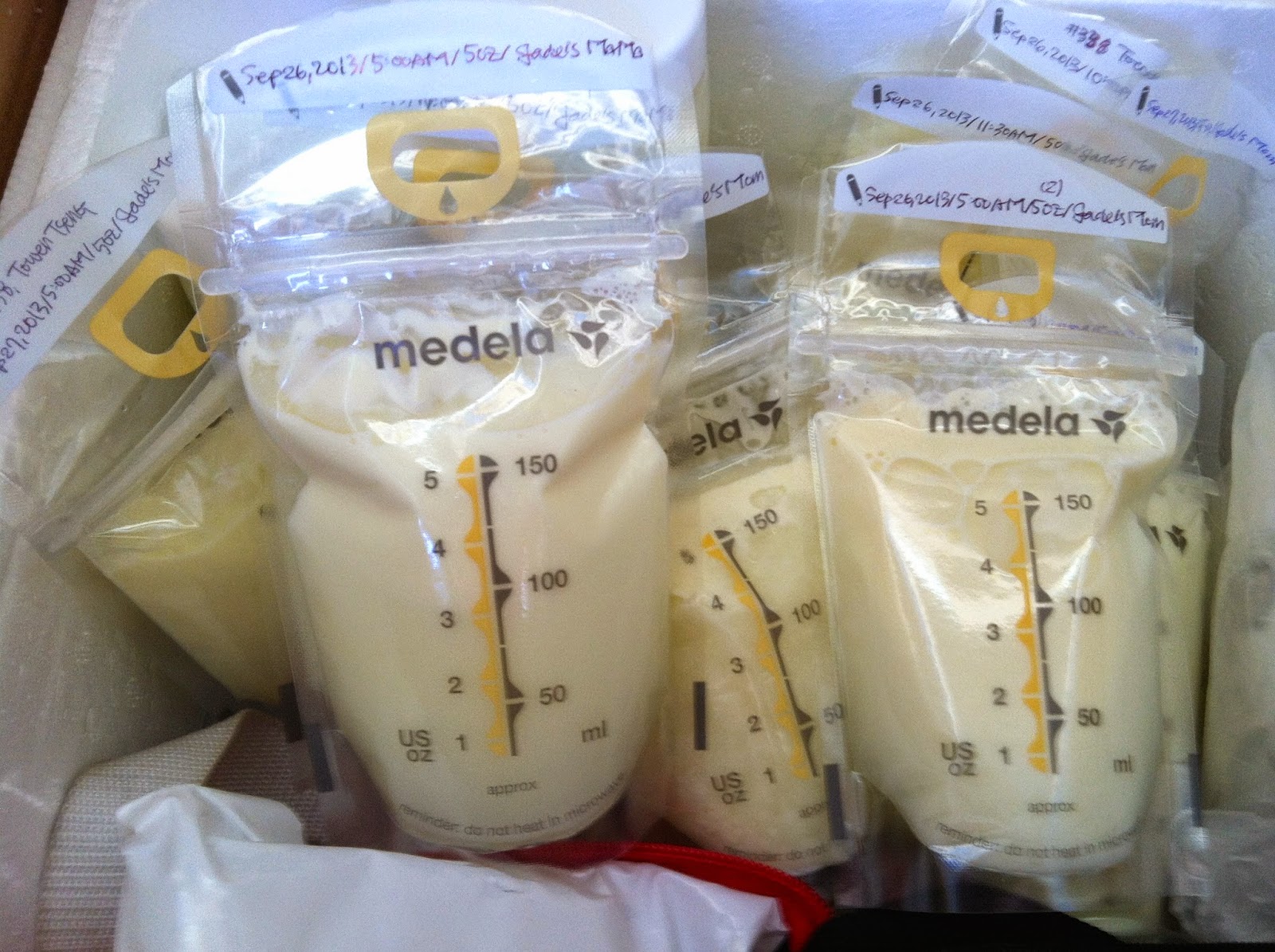 This is an original post to San Diego County Breastfeeding Coalition by To-wen Tseng. Photo credit to To-wen Tseng.