It was exactly today of last year when I returned to my work after a three-month-long maternity leave.

I was a staff writer at World Journal, the self-described "largest Chinese-language newspaper in North America." I was still nursing when returned to work; however, the newspaper denied my request for lactation accommodations at work. There was no nursing room in the company facility so I had to pump in the restroom.

In the newsroom some colleagues made harassing, disparaging comments about nursing moms. I was told by a colleague "don't wash your dirty panties here" when I was washing the pumping accessories in the kitchen.

These incidents eventually resulted in my separation from that company.

I had a decade long relationship with that company and was shocked by how they treated me as a breastfeeding mother. I so appreciate this settlement, other mothers won’t have to go through what I experienced.

In addition to a monetary settlement, the agreement includes injunctive relief which requires the company to change its policies regarding lactation accommodations and to share these policies with staff in multiple languages. Moreover, all supervisors will be trained on the policy and how to respond to requests for lactation accommodations.  In this way, the settlement has a broader impact, potentially benefitting numerous working mothers at World Journal.

The newspaper originally offered a bigger financial reward for confidentially which I refused. My hope is to use my example to encourage other Chinese-American mothers to fight for their nursing right since we are from a culture that relatively breastfeeding unfriendly. Currently in China, less than 30% babies are breastfed. I was actually invited to KAZN, the Chinese-language radio station serving Los Angels to talk about my breastfeeding journey:


The money I received will go to La Leche League, BreastfeedLA, San Diego County Breastfeeding Coalition, Taiwan Breastfeeding Association, and other organizations that support me during the process as a token of my appreciation.

And, of course, the people I appreciate the most are these two! 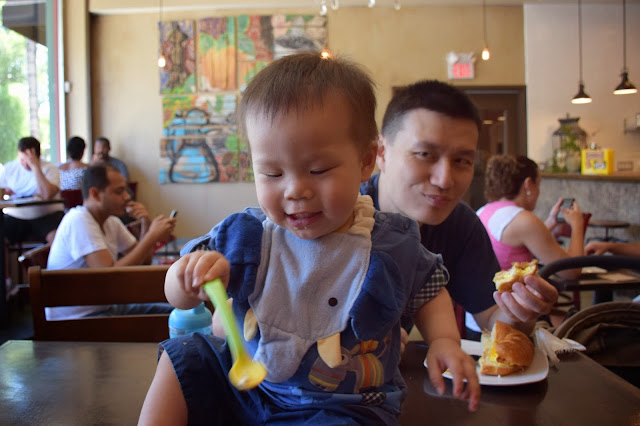