Earlier this year when I was breastfeeding in a rest area in a North Carolina shopping mall, my husband snapped a shot of me feeding the little one with his smart phone. In the background was a portrait studio with many photos of women displaying on the wall. Most of the women in those photos actually have more breasts visible than I did. "But people would complain that you, not they, are showing the breasts." My hubby said, "I just thought it's funny." 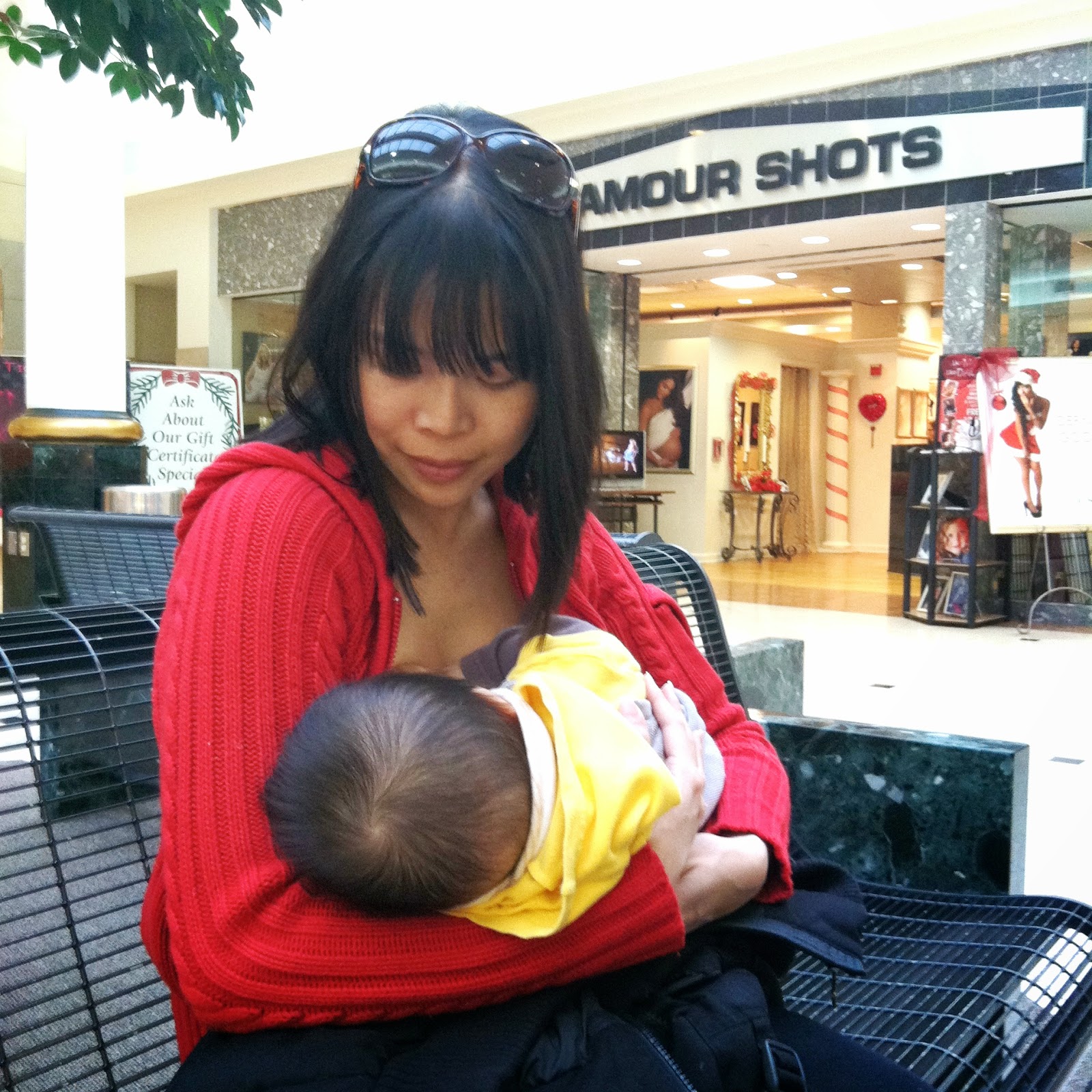 He was, unfortunately, right. Some just couldn't get over the idea that breastfeeding equals to exposing breasts equals to sexual acting. Maybe that's why a press release on behalf of the Alaska state House majority called breastfeeding “smart and sexy”.

Alaskan Republican reacted quickly and soon apologized for it. The release, titled “Smart and Sexy: Legislature encourages hospitals to promote breastfeeding,” was sent out last Monday and celebrated the passage of a bill that highlighted the benefits of breastfeeding and urged health centers to practice a breastfeeding program. The “Smart and Sexy” part has sense been taken off the web version of the release.

Last Tuesday, Alaska state Rep. Shelley Hughes (R-Plamer) who sponsored the bill and Alaska Speaker of the House Mike Chenault (R) apologized for the wording. “My intent was to draw attention to this incredibly important issue. Unfortunately, this is not the kind of attention I hoped to receive. I take full responsibility for the headline. I apologize for the poor choice of words, and am sorry if I offended anyone,” Hughes said in a statement.

Chenault stepped up and took responsibility, adding that “the wording used was unfortunate and I don’t want it to detract from the great work Rep. Hughes did in passing this resolution through the legislative process.” He said, “I take responsibility for this, as the release came form our Majority Office.”

“As a legislature forever fond of natural resource development, it’s time to endorse the extraction of this God-given, abundant and renewable natural resource,” Hughes says in the release, which has been republished without the “smart and sexy” phrase.

Political blogger Amada Coyne battled by the line, “It’s also unclear for whom breastfeeding is supposed to be sexy: The baby? The mother? The viewer?”

The Stir contributor Maressa Brown thought the release offended more like everyone, “at least every woman who has ever fought to breastfeed in public but has a problem doing so because people can’t get over the idea that breasts = ‘sexy’ =‘inappropriate.’…Describe a smart, savvy, loving, giving mother as sexy? Knock yourself out!” she wrote.

The Huffington Post pointed out that calling breastfeeding “sexy” was a curious way to promote something that already suffers from a social stigma. Woman are regularly shamed for breastfeeding in public places, like Alabama mother Heanna Harris who was forced to leave a courtroom earlier this year after being told that feeding her child was offensive.

In spite of the controversial wording of the press release, HCR 18 is a bill with good intentions to encourage hospitals to promote the “Ten Steps to Successful Breastfeeding” program. It was unfortunate that the attention was detract from the good work that the lawmakers did in passing the resolution.
Posted by To-wen Tseng at 10:55 PM