The role of Vitamin D in pregnancy, infancy, and lactation

I've been following my pediatrician's instruction and giving vitamin D supplements to my little one since he was two weeks old. Never have I known there was actually a lot of debates revolving this topic out there. Recently San Diego County Breastfeeding Coalition, where I serve as a volunteer, discussed this hot topic at its general meeting. There are some good information and I wrote the post for the coalition's blog: 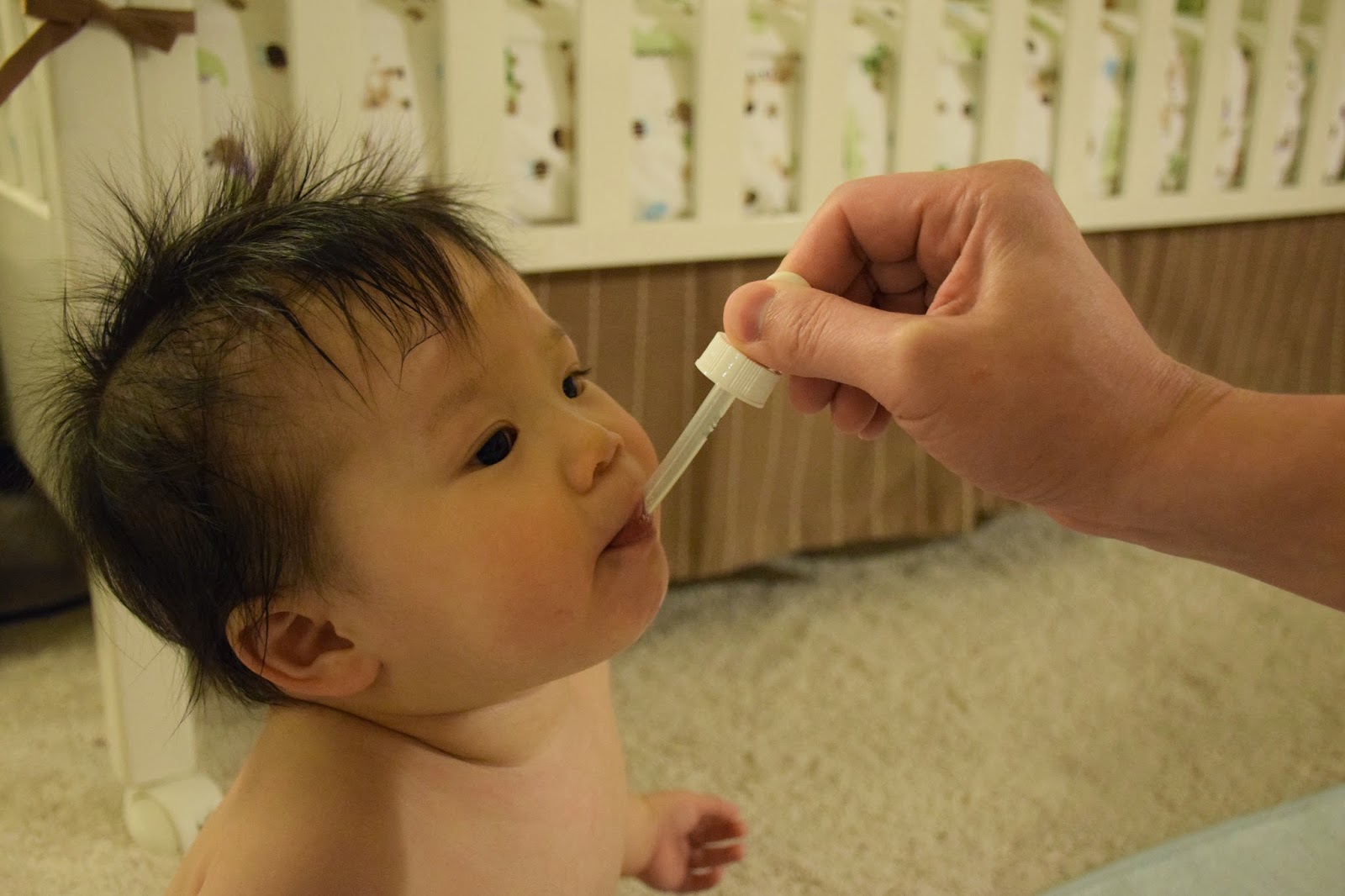 So the short answer is: yes. Vitamin D (really a hormone) helps us to develop strong healthy bones and immune systems, and it does the same for our developing babies. Babies who don't get enough vitamin D are more likely to develop rickets. Vitamin D also helps prevent major diseases including Parkinson’s disease and some cancers. However, “the average good American diet is very low in Vitamin D and no one can eat their way to Vitamin D sufficiency,” said Dr. Murphy, “We need supplement or sunshine!”

Exposing skin to the sun is a great way to get vitamin D. There was a time people enjoy sunbathing and kids love playing under the sunshine. But time has changed. Now everyone puts on sunscreen before getting dressed and any sunscreen with SPF 8 or higher would completely prevent the body from making vitamin D. Today’s kids enjoy staying indoors and playing video games more than going outside in the sun.

Thus supplementation with vitamin D is advisable for everybody, especially for pregnant women and exclusively breastfed babies.

Supplementation with Vitamin D is recommended for pregnant women because “the fetus takes what it needs from the mother if she has enough,” said Dr. Murphy, “Clinical manifestations of vitamin D deficiency are rare at birth but develop over the first month of life if mom is severely deficient.” Dr. Murphy also pointed out that insufficient vitamin D level is associated with a significant increase in the C-section rate.

Babies need vitamin D, too. In 2008, American Academy of Pediatrics (AAP) recommended increasing the vitamin D daily dose to 400 IU from the previously recommend 200 IU, and to begin the supplementation in the first few days of life instead of at two month of age.

Depending on the formula milk, there are between 40 and 100 IU of Vitamin D per 100 calories in baby formula. Breast milk is, well, not artificially vitamin D fortified. Some formula companies use it to advertise that breast milk is flawed and formula is better. “Not true!” Dr. Murphy said it clear, “we wouldn’t need the supplement if we would get out in the sun. The problem is that we no longer get out in the sun, not that breast milk is not fortified. ”

Why is the confusion? “Food and Nutrition Board’s current ‘normal’ levels for vitamin D are based on studies done over 40 years ago on persons selected from the general population who appeared to have no apparent vitamin D related disorder,” explained Dr. Murphy. “Hence the lower value of the normal range of 10-15 ng/ml and the sufficient level of 30 ng/ml.”

Still, it is possible that we take or give the babies too much vitamin D. “Research found that high concentrations of vitamin D are toxic to rats,” said Dr. Murphy, “we want to give babies something good for them but we don’t want to give them too much.” So far no adverse side effects have been reported with doses less than 10,000 IU per day and blood levels less than 100 ng/mL.